I know that any type of straightening of teeth can be painful. I want to know if aligners hurt less than traditional braces. Overall, which is more comfortable? The answer to this question will help me decide which is best for my daughter.

Thank you in advance for your insights on this.

Hi aubry68. Just saw this on google, though this is about Invisalign. I think this could also apply for other clear aligners:
“Invisalign is significantly less painful than metal braces. Most people report discomfort for the first few days of wearing the trays and some tenderness, but when compared to the agony of metal braces, Invisalign wins by being less painful.” 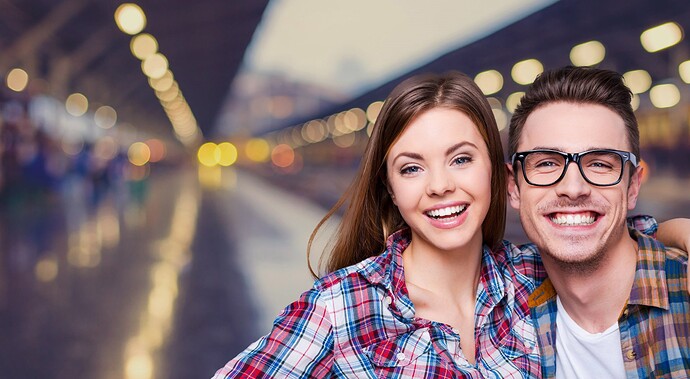 Aligner treatment is generally more comfortable than metal braces because there are no brackets that can create sores in your mouth. They have zero sharp edges as well, so there’s no chance that your aligner may injure the inside of your mouth. In case there are rough parts on your trays, just a little bit of polishing is needed to fix that.

Both teeth straightening methods can cause a certain amount of discomfort or pain. However, the pressure applied by aligner trays are gentler compared to pressures applied by braces. There is also a greater risk of cutting your gums, cheek mucosa, or lips when wearing braces because of the brackets that are placed on the facial surface of your teeth.

There was a study about this in 2014. It’s entitled “Analysis of pain level in cases treated with aligners: comparison with fixed edgewise appliance therapy” (Fujiyama et al., 2014). In this study, researchers asked 145 volunteers who were having their crooked teeth straightened to identify the pain quotient on a day-to-day basis using a scale. They were asked to keep a diary to record their experience. They were divided to 1 groups: conventional braces and aligners. The results showed a significant difference in pain intensity between those who were using aligners and those who were using braces. They also found that the duration of discomfort and pain lasted longer with patients who wore braces.

Aligners are definitely more comfortable. Since you don’t have brackets and wire with aligners, it won’t be irritable to your cheeks or lip.

So glad that I read this before I decided. I was more on the side of having braces but then I read this.

Teenagers usually have low pain tolerance so I suggest choosing aligners over braces. They can tolerate the pain more with aligners than braces. With braces, they can also have the pain with mouth sores because of the metal brackets cutting through their cheeks or lips. You don:t have to think about that with aligners, only the pain because your teeth are getting moved.

According to most studies made regarding braces and aligners, there’s a significant difference when it comes to pain experienced by patients. The pain lasts longer when wearing braces. One of the pains of braces comes with eating.

It will be painful but it will be worth it

Though the pain with aligners is pretty benign compared to having metal braces tightened.

Sharp edges of trays can also be the cause of pain. The solution for that is trimming your trays.

Oh and one more thing. You can also have pain with the edges of the aligners.

I agree. Though it can easily be filed using nail filer to remove the rough or sharp edges.